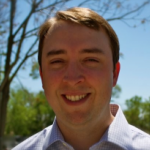 With numerous locations spread out across the state of New York, SUNY Empire State College faces many unique challenges, one of which is creating a centralized and cohesive approach to student services.

Mary Austin, director of 1Stop Student Services at SUNY Empire State College, was determined to redefine her department. Many students referred to 1Stop as the school’s 1-800 number, but Austin knew her team offered so much more than that. With the right multi-channel approach, Austin felt they could create a ripple effect across the college.

After careful planning, collaboration, data analysis and a healthy dose of trial-and-error, Austin implemented a holistic approach to student services focused on an important mission: empowering students to help themselves.

The college, which spans locations in every region of the state, is home to a student body primarily consisting of adult learners who work full-time jobs while taking classes. 67% of SUNY Empire students are between the ages of 25 and 49, and many of them are also first-generation college students. As a result of SUNY Empire’s largely non-traditional student body and geographically decentralized campus, 1Stop (specifically its call center) served as the default resource for many students.

Intuitively, Austin knew that 1Stop was functioning below its potential. But she didn’t want to rely on her gut to drive decision-making for her department. Instead, she knew that if she analyzed the data, the numbers would show her a path forward.

“We needed to begin tracking student requests so that we could get into a continuous proactive approach in our services,” she says. “We had to evaluate and assess where we could find data to help us make strong decisions.”

“The representatives in my department were repeatedly walking students through self-service. Looking at their screens and what platform they were on and which internet provider they used made for very long, repetitive calls,” Austin says. “Students were completing FAFSA-required documents too close to the start of the term. Then after the start of the term, we would have a huge uptick in calls from angry students who claimed that we never told them about X, Y and/or Z.”

But both Austin and Campbell knew, from referencing the back end of their systems, that they had sent email reminders before FAFSA deadlines. Clearly, their existing communication channels weren’t working.

Together, the duo created a holistic and multi-dimensional approach to self-service. They combined Ocelot’s Chatbot technology with knowledge-based articles and videos to create a digital experience that placed information at students’ fingertips. The hope was that students would take control and accountability for their educational journey.

Together, Campbell and Austin leveraged data from call center logs to gain a clearer picture of the questions frequently asked about financial aid applications and cancellation experiences.

They looked to financial aid’s webpages, identified information gaps and determined that students couldn’t always figure out where to find the answers to their questions. After a few clicks, they would give up and call 1Stop’s call center.

The team created extensive knowledge-based articles through ServiceNow coupled with informational videos designed using Camtasia. The combination allowed students to access information in multiple formats, choosing from their preferred learning style as a means to gain new insight into the financial-aid process.

“We embedded links to public articles into both financial aid and student accounts email communications…we published announcements that reflected this information in the call center’s auto-attendant…we wanted to leverage every place we could,” Austin explains.

Phase one: Would students buy in?

Austin and Campbell were eager to determine whether or not students would take advantage of the new resources.

“We really didn’t know [if they would],” says Austin. “I heard from many department heads, ‘Our population of students is different. Adult students may not go for this. They want that one-on-one approach.’ So, honestly, I was a little nervous.”

Campbell and Austin observed that video views and read rates increased significantly, with read rates going up by more than 800%. But, most importantly, when students called, their questions and concerns had changed.

“They were discussing process elements with us for the first time ever in a more concrete and educated manner,” explains Austin. “We had a decrease in overall call volume on financial aid questions of 8% between just two terms.”

The department experienced a noticeable difference in the tone of conversations, specifically surrounding cancellation for non-payment issues. When students called 1Stop, they were less angry.

The experiment energized Austin and Campbell and sent a strong message that they were on the right path to finding real solutions that empowered students to take charge while also relieving the departments of stressed resources.

Eager to continue the development, Austin and Campbell were interested in integrating Ocelot’s Chatbot technology after receiving a late-night phone call from

At the time, the budget didn’t allow the addition, but that all changed (and quickly) when COVID-19 forced the college to temporarily suspend operations at their regional locations and provide student support services entirely online.

By leveraging the Higher Education Emergency Relief Fund (HEERF) through the CARES Act, SUNY Empire State College was able to offset their costs and rationalize the financial expense of the technology, integrating it into their growing toolkit of student resources.

The timing also allowed the college to efficiently field the surge of calls from students trying to understand their eligibility for student loan forgiveness programs. The Office of Financial Aid was particularly stressed during this time and needed the ability to answer student questions 24/7.

“We were communicating with students about everything that was going on, but students were also hearing from their friends, parents and neighbors,” Campbell recalls. “It was very, very complicated. There’s HEERF 1, HEERF 2, HEERF 3. What was the difference between them? Students wanted to know, ‘Am I eligible? Am I getting money? Are you just going to send me money? Do I have to apply for the money? How do I apply?’”

Campbell and her team were trying to figure out the best way to communicate with students by only giving them the specifics they needed to know at that time. “We didn’t want to bog them down,” she adds.

Typically they would have developed an FAQ page, but HEERF was so complicated that an FAQ document would’ve been 30 pages long, rendering it unhelpful.

While the barrage of questions about HEERF flooded their offices, Campbell and her team were still tasked with the usual processes required of the department. “We didn’t want to miss a beat, but we still needed the students to be able to ask their questions,” Campbell says.

Students became increasingly familiar with Blue and started turning to the tool to answer a wider variety of questions.

One feature that has proved especially helpful is Blue’s ability to predict future questions. As a user types a query into the chatbot, suggestions for related topics will appear, prompting students to deepen their knowledge about the issue.

Not only did this empower students to take self-action in their academic journeys, it freed up time for departments to more proactively serve students and solve frequent pain points.

As students turned to Blue for support, 1Stop’s call volume dropped by 27%

With an increase in self-servicing, SUNY Empire’s offices were able to look for other ways to get ahead of common issues students experience.

That summer, Campbell’s team took the list of students whose accounts would be canceled for non-payment and developed a targeted outreach plan, contacting them in groups based on the various reasons for cancellation.

“The students really, really appreciated it,” says Campbell. “They felt like their hands were being held, even though they actually weren’t.”

As a result, the school experienced a cancellation for non-payment rate of just 3%, the lowest ever for the college.

Austin and Campbell are eager to use their momentum to further enhance resources and support services. As students become increasingly empowered, both teams are able to fine-tune and level up their practices, improving services while helping students find their own paths.

This article is based on a webinar presented by SUNY Empire State College and Ocelot at the MSACROA Middle States Association of Collegiate Registrars and Officers of Admission 2021 Conference.

Want to learn more about how 470+ educational institutions are leveraging Ocelot’s AI Communications and Student Engagement Platform to drive enrollment, retention and student success. Get a demo today!

Takeaways from EDUCAUSE’s Top 10 IT Issues of 2023